Too many of our dedicated soldiers have been put in prison

Too many of our dedicated soldiers have been put in prison for doing their duty wearing the uniform of our country and serving abroad. 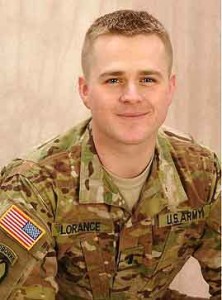 Lt. Clint Lorance was sentenced to 20 years for ordering his men to open fire on Taliban terrorists in Afghanistan.

During the era of President Barack Obama, sometimes those who served had more to fear from a court martial than from the enemy trying to kill them.

I wish you and I could help all of those servicemen who were wrongfully convicted.  In our speaking out FOR for Lt. Clint Lorance with your help, we have made a start.

recently, we started a national campaign to pardon Lt. Lorance, sentenced to 20 years in prison for ordering his men to open fire on advancing Taliban terrorists in Afghanistan.

And we spoke out to protest Canadian Prime Minister Justin Trudeau’s decision to pay $8 million to a terrorist who killed an American Delta Force Medic, Sgt. First Class Christopher Speer.

And now we are reviewing other shocking cases where American servicemen have been sentenced to prison for doing their duty.  Listen to what I have learned this week.

Sgt. Derrick Miller defended himself from a known terrorist who attempted to grab his weapon.  His wife is now alone and his two daughters are without their daddy as Sgt. Miller was sentenced to prison for self-defense. 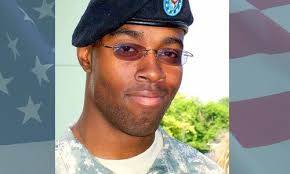 The SEAL Chief and his men didn’t even hold the terrorist captive – the local Afghan police did.  Yet his career was put on hold along with his team of three other SEAL’s.

It seemed there was an information leak.  Soldiers at his Company kept getting killed and wounded in camp.

So, Sgt. Andrew Doyle helped his suspicious Company Commander question the terrorists who their higher command had assigned to clean the latrines at their military base.  With the information they got, they stopped the casualties.

His reward?  Sgt. Andrew Doyle was kicked out of the military with a less than honorable discharge.

The same thing happened to Allan Moser – kicked out of the military with a less than honorable discharge, and for doing something very similar.

Army Specialist Moser had been a model soldier, but because he questioned suspected terrorists who were helping kill and wound American soldiers from his unit, the terrorist bit down into his hand and wouldn’t let go.

Moser called it self-defense but the Army threw him out for the claim that he had hit the terrorist.

Another less than Honorable discharge – which means the end of his military career, no Post 9/11 GI bill benefits and the loss of honor earned by his service.

In each of these cases, it appears nobody takes the side of those who wore the uniform of our country and went into harm’s way to defend our freedom.

That is why there’s a Uniformed Services League.

In each case, those wrongfully accused soldiers were punished for doing their job as uniformed warriors.

In each case, a “politically correct” establishment Army brass knuckled under to the Barack Obama rules of engagement that handcuff our servicemen and reward America’s enemies.

Isn’t it about time we put up a vigorous defense for American servicemen like Lt. Clint Lorance, Sgt. Derrick Miller, Navy SEAL Chief Dave Swarts and the three members of his SEAL Team, Sgt. Andrew Doyle?

You and I have our freedom because of their service, their willingness to literally put their lives on the line for us in defense of our freedom and our future.

You and I must demand justice.

These servicemen who have been wronged by Obama-era “rules of engagement” that punish warriors and literally give aid and comfort to our enemies.

P.S. It is crazy that the terrorist whose hand grenade killed an American special forces medic was paid $8 million by Canadian Prime Minister Justine Trudeau.  Crazy that Lieutenant Clint Lorance was sentenced to 20 years prison for ordering his men to open fire on advancing terrorists.  Please help Uniformed Services League speak out and end this craziness.

This entry was posted in Defense News, Uncategorized. Bookmark the permalink.