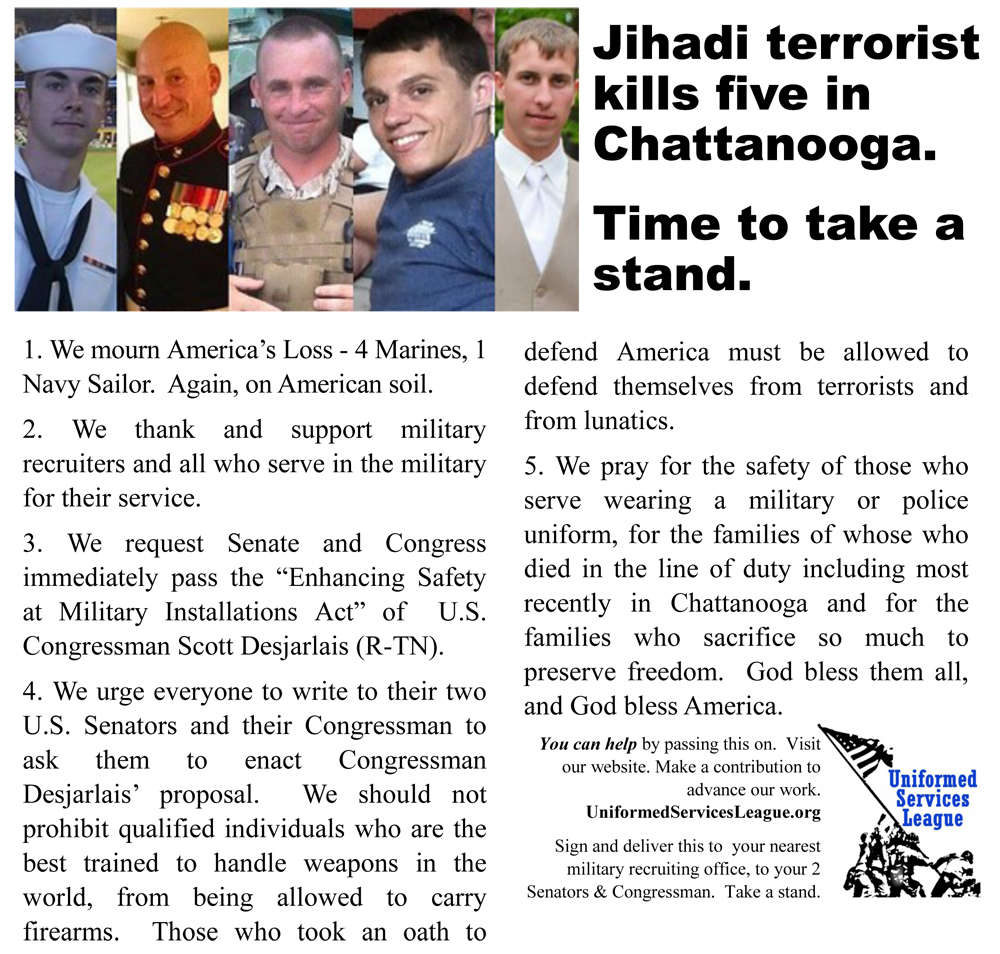 (Fri. 7/24/15) Representatives of Uniformed Services League (USL), a non-profit organization which supports the military, will deliver flowers and a message of support to U.S. military recruiting offices in Northern Virginia today in reaction to the shooting of four Marines and one Navy sailor last week in Chattanooga, TN.

The USL representatives will begin Friday 12:30 PM at the U.S. Marine Recruiting Office, 13881 Metrotech Dr. #B, Chantilly, VA before going to the nearby Navy and Army offices at 11240 Waples Mill Road, Suite 110, Fairfax, VA.

The written message they will bring to the military recruiters, aimed also at all who serve in uniform, states “. We mourn America’s Loss – 4 Marines, 1 Navy Sailor.  Again, on American soil.”

The message to be delivered continues, “We thank and support military recruiters and all who serve in the military for their service.”

Recognizing the need to separate its advocacy from its message of support, an additional two points are only made in a posterized version of the above message to be left outside the Marine office which includes these additional points:

“We urge everyone to write to their two U.S. Senators and their Congressman to ask them to enact Congressman Desjarlais’ proposal.  We should not prohibit qualified individuals who are the best trained to handle weapons in the world, from being allowed to carry firearms.  Those who took an oath to defend America must be allowed to defend themselves from terrorists and from lunatics.”

A copy of this statement of support will also be sent to Congressman Scott Desjarlais, Speaker of the House John Boehner and Senate Majority Leader Mitch McConnell, urging support of the new legislation to arm military recruiters.