Uniform Services League is pleased to announce that it will Co-Sponsor the January 27, 2016 Freedom Leadership Conference and present Former Pacific Fleet Commander Admiral James Lyons as its keynote speaker on Wednesday, January 27 from 7 to 9 PM at the Marriott Residence Inn, Fair Lakes in Fairfax County, Virginia, to focus on the theme of the newly released movie 13 HOURS: The Secret Soldiers of Benghazi. The Conference is free (suggested donation of $5 at the door for room rental). 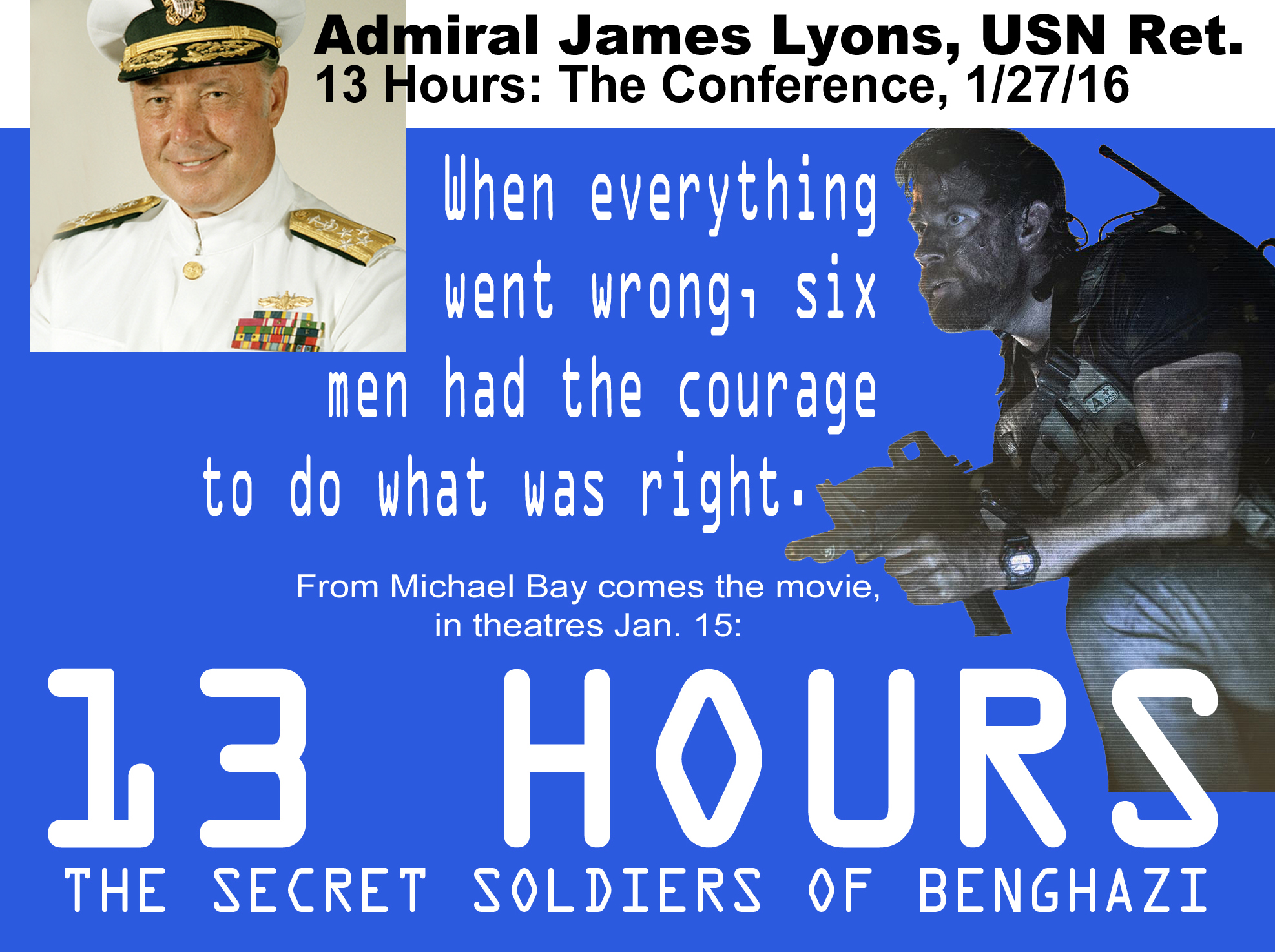 It will be difficult for the media to continue to help President Obama and former Secretary of State Hillary Clinton continue their coverup of the truth about how they abandoned Americans to die at Benghazi and then lied about it afterwards, with the hoped for success of this new movie 13 HOURS: The Secret Soldiers of Benghazi.

The expiration of the early bird discount on dinner tickets has been postponed until Tuesday nite 11 PM – only $30 for dinner (save $10 of the door price) or $55 for a couple (save 25 off the door price).  The private dinner with Admiral Lyons and the other conference speakers and leaders begins 5:30 PM (doors open 5 PM) and requires an advance RSVP click HERE for the conference or for the dinner and HERE for the Conference Flyer to help us share the news with others about the movie and the conference.

A nationally known critic of President Barack Obama and especially outspoken on the topic of what really happened at Benghazi, Admiral Lyons has been a frequent guest on Fox TV and other TV shows, and told us he has written over 300 op ed articles for a variety of sources.  In retirement it is clear that Admiral Lyons has continued a very rigorous and active schedule.  He is also the President/CEO of LION Associates LLC, a premier global, consulting firm providing counsel and advice on foreign policy and security affairs, and a regular op-ed columnist.

The impact of the movie is already raising serious questions about the effect the truth will have on the Presidential campaign of Hillary Clinton, already being investigated for other wrongdoing by the FBI and already having a majority of the American people who consider her to be a liar and dishonest.

Uniformed Services League presents Michael Pregent, a frequent commentator on Fox TV, shown at two of his appearances, at the 1/27 Freedom Leadership Conference.

Uniformed Services League, which is a repeat conference sponsor for the third time now, and which is hosting Admiral Lyons, is also pleased to announce that Michael Pregent, former intelligence advisor to Gen Petraeus, and Director of Veterans Against the Iran Deal will also speak at the conference.

Christopher Carmouche, President of GrasstopsUSA, which is also a Co-Sponsor of this conference, will also speak on the same topic.

The major media – except for Fox TV – continue to try to gloss over the facts and details about how Americans serving under our flag and for our country were abandoned in Benghazi under direct orders of their superiors.  For the first time the human dimension of this story is being told in this new movie directed by Michael Bey and as more and more Americans learn it the outrage is bound to explode. 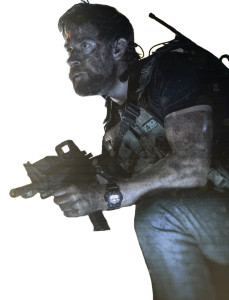 Uniformed Services League highly recommends the movie, 13 HOURS: The Secet Soldiers of Benghazi. Photo of one of the actors portraying one of the six heroes who disobeyed orders to “stand down” and went to the aid of the Americans under attack by terrorists in Benghazi.

The families of the dead and the surviving “contract workers” – the Secret Soldiers of Benghazi who rejected three direct orders from their government bureaucrat station chief boss in Benghazi, to ride to the sound of the guns and for two of the six, to their deaths, are delighted that their story is finally being told to the public, both in the book and now the movie 13 Hours: the Secret Soldiers of Benghazi.  Three of the four surviving heroes have appeared on TV to say that the story told in the book and the movie is the truth, not just a fictional account to get people to watch the movie.

The families of the dead who have spoken out, and the heroes who are now speaking out, have been called liars by Hillary Clinton and her allies, reports Meghan Kelly on Fox TV yesterday in a one hour special focused on the truth being told in this movie and which included interviews with the three surviving heroes.

Admiral Lyons has been speaking out on this disaster in which Americans – including the U.S. Ambassador – were abandoned as they were under attack by anti-America terrorists.  Why were the heroes – who were at another U.S. controlled building one mile from the building under attack – ordered to “stand down’ three times, and where was Secretary of State Hillary Clinton while this was going on?

Why did the U.S. aircraft carrier that had jets within strike range, and the Sigonella airbase in nearby Italy, also receive orders to “stand down” and not send jets, airborne commandoes or helicopters to the rescue of the embattled defenders at the U.S. Benghazi compound during the 13 critical hours – but instead just watched the attack from an aerial drone flying over the bloody attack which killed four Americans including the Ambassador and two of those who were trying to rescue him?

Most important, why have the investigators trying to learn the truth been stymied and stonewalled by the Administration of President Barack Obama and by his then Secretary of State, neither of whom has ever told the truth but instead put out lies about what happened.  Where is the accountability?

Why is no one speaking about the “Commanders in Exremis” force of super-trained Green Beret, who report directly to the theater Commander in Chief for Africa and are ready on a moment’s notice to drop into “hot zones” with little or no warning, preparation or even information.  Many of these CIF Commandoes are already stationed throughout Africa at any given time, just as they do in every part of the world, reporting past the normal chain of command directly to the Commander in Chief of that theater.  CIF Green Beret would of course  not speak out which would violate their code as secret commandoes but, the military is controlled by civilians – and even the top military leaders must report to the Secretary of Defense – in this case it was Leon Panetta – and to President Barack Obama, both of whom also worked closely with Secretary of State Hillary Clinton.

There will be additional speakers to be announced for the January 27 conference and Admiral Lyons and Michael Pregent will be joining us for the private dinner and if you are interested in meeting them in this more intimate setting (most likely less than 20 people total) you should reserve your ticket immediately to attend the dinner as well as the free conference (which requests $5 donation at the door to help pay for the room rental and conference promotion).

After the early-bird discount price for dinner expires on Tuesday night there will still be the opportunity to save money on dinner tickets by purchasing and paying for your dinner in advance via the conference Eventbrite page HERE.